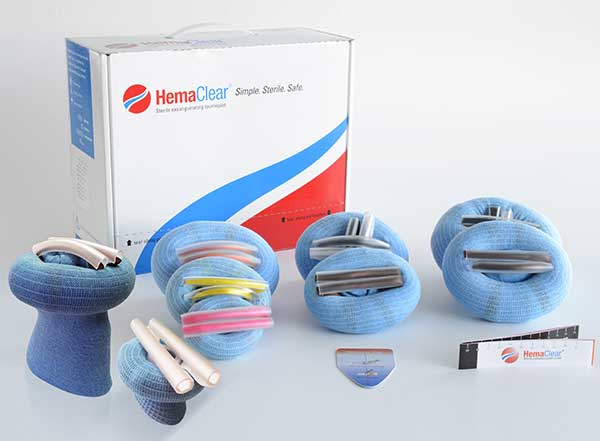 Solutions Prior to the Arrival of HemaClear®

Until the appearance of HemaClear® 2 methods were used to achieve exsanguination of the limb:

SIDE EFFECTS DUE TO PRESSURE ON TISSUES: Traditional wide cuffs produce increased uniform pressure inside the limb vs. the HemaClear® narrow cuff where axial and radial pressure gradients result in less force on inner tissue.

~70% of all Limb Surgeries are Bloodless. On average, for every 1 million population, there are 4,000-10.000 bloodless procedures.

“I’m very, very impressed with HemaClear® including its predicable exsanguination and zero complications. Our staff saw the advantages within one or two uses. It is predictable and very simple, and they like it.” 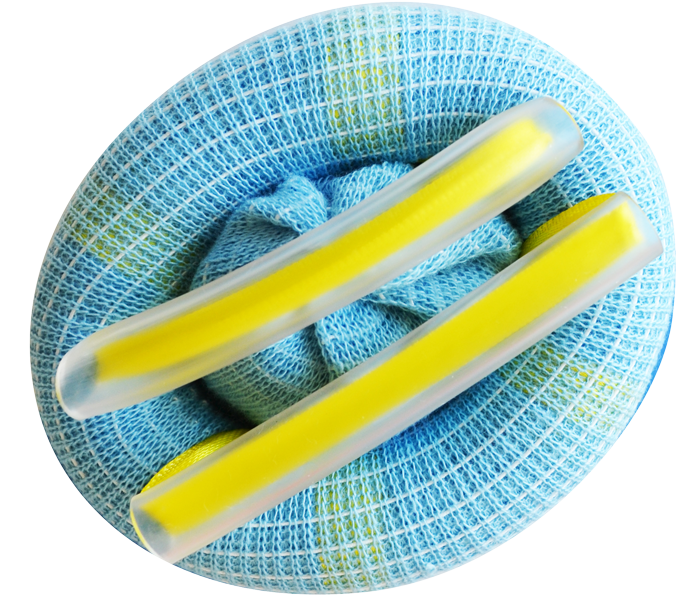 HemaClear® is a sterile exsanguination tourniquet that is used during limb surgery to provide a bloodless surgical field. It replaces the pneumatic tourniquet and the Esmarch bandage that have been in routine use for over 100 years.

The HemaClear® is placed on the limb above (proximal to) the surgical incision. For example:

It is left in place for no more than 2 hours, just like with the pneumatic tourniquet.

When the HemaClear® is used, intra-operative blood loss is nil. It does not, of course, prevent post-operative bleeding, so your care and observation of the surgical site and dressing continue to be important.

When pneumatic tourniquets are used, you often see skin abrasions or even blisters in the area of the tourniquet placement.  This is called “tourniquet burn”. When the HemaClear® is used, you’ll never see this. You may see an indentation, similar to the marks left by socks on your ankles, but these will go away within 30-60 minutes from the removal of the HemaClear®.

Tourniquet pain is also much reduced when HemaClear® is used compared to the pneumatic system. This may be significant when early mobilization of the post TKA patient is contemplated. Tourniquet Nerve damage is also part of the past history when HemaClear® is used. In more than 1,000,000 cases, there have been no reported cases of HemaClear®-related nerve dysfunction.

All together the HemaClear® has a much better safety track record than the pneumatic system. There are no special or new instructions for the PICU (Pediatric Intensive Care Unit) care of patients where HemaClear® has been used.